A kitchen stove is one of the most common and used home appliances and over the years, we’ve witnessed its evolution as it is now packed with greater tech-inspired features than ever before. There are different kitchen stove types but gas stoves have been considered to be the most common type, thus birthing the question; what kind of gas do stoves use?

Long before gas stoves existed, people heavily counted on cooking stoves that had coal and wood as their sources for light. However, the story would then change in the 1820s when gas stoves began to be developed, although not on a large scale. Thanks to technology, gas stoves are now packed with some of the most useful features you can see in any cooking stove, and with the integration of ovens, it is now safe to say they (gas stoves) have turned out to be a huge success.

To prevent accidents, lots of safety precautions have been added to gas stoves to make them very safe to use. The features include electronic ignition – to limit the use of matches and lighters which are not so safe to use, especially with gas stoves -, automatic timers, and many more.

Want to know what the best gas ranges in the market are at the moment? Check here for our list of the best 40-inch gas ranges money can get you today.

A BRIEF HISTORY OF GAS STOVES

As mentioned earlier, gas stoves were first introduced in the 1820s but weren’t known until a gas stove factory was founded in 1836 in England. With people having long waited for something that would push them towards comfort, they quickly embraced gas stoves as these kitchen appliances made life easier for those who could afford it. However, there were safety issues like air pollution and fire risks which made the top manufacturers integrate some safety features into the gas stoves as they forced their ways into the United States soon enough. These days, automatic ignition has been integrated into these gas stoves and that has surely improved safety. 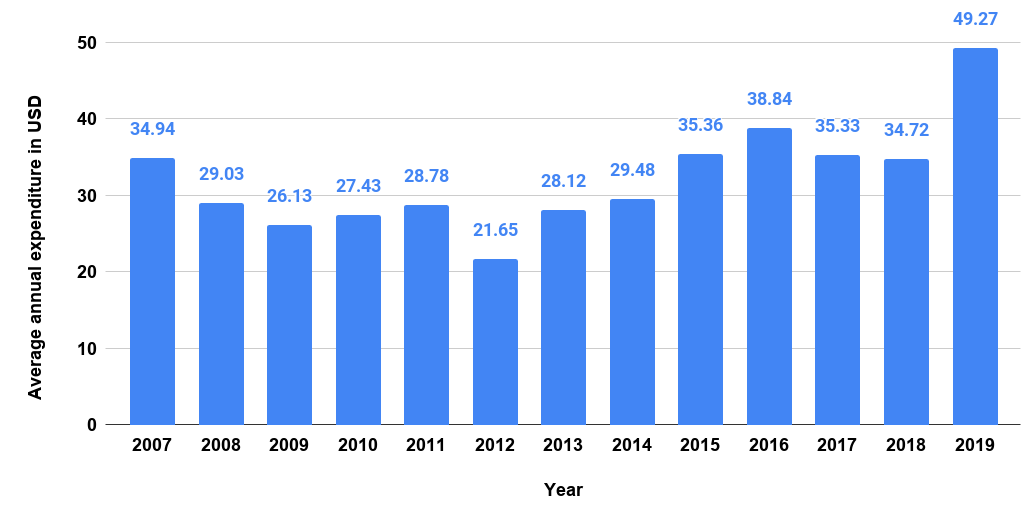 Average annual expenditure on cooking stoves and ovens for homeowners per consumer unit in the United States from 2007 to 2019 in USD. Source: Statista

THE PROS AND CONS OF COOKING GAS STOVES

Just like everything else in the appliances industry, gas stoves also have their advantages and disadvantages, and we’ll be talking about some of the below;

1. The cost of operating gas stoves is usually cheaper than electric stoves as the latter require an electric power source to function. This lifts a huge electricity bill off your neck and that’s one of the most pleasing facts about gas stoves. 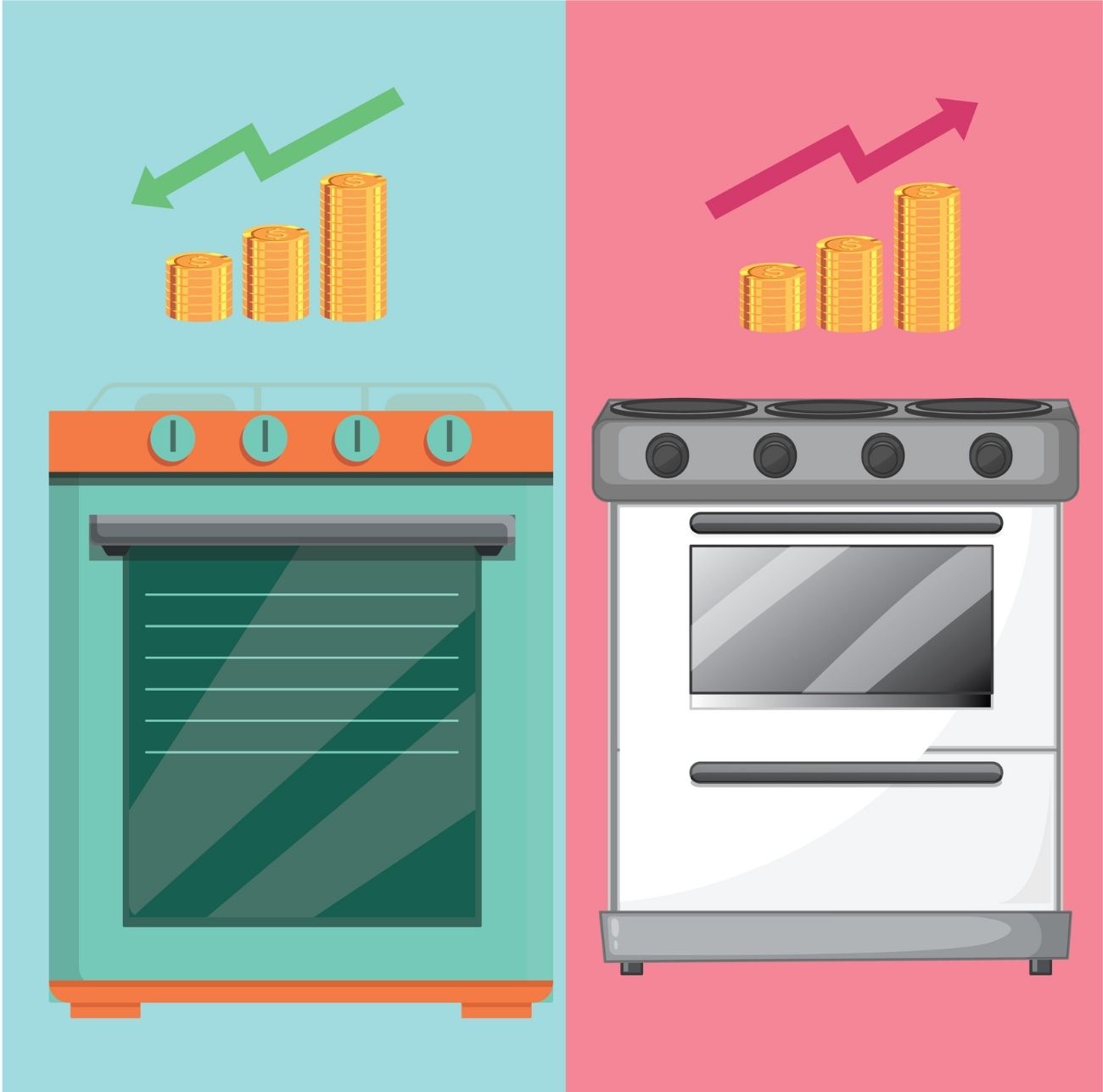 2. With gas stoves, you have total control over the cooking temperatures as they can be manually adjusted, unlike their electric counterparts that require time to warm up and cool down. This way, heat is distributed more evenly which results in you having the best cooking results. 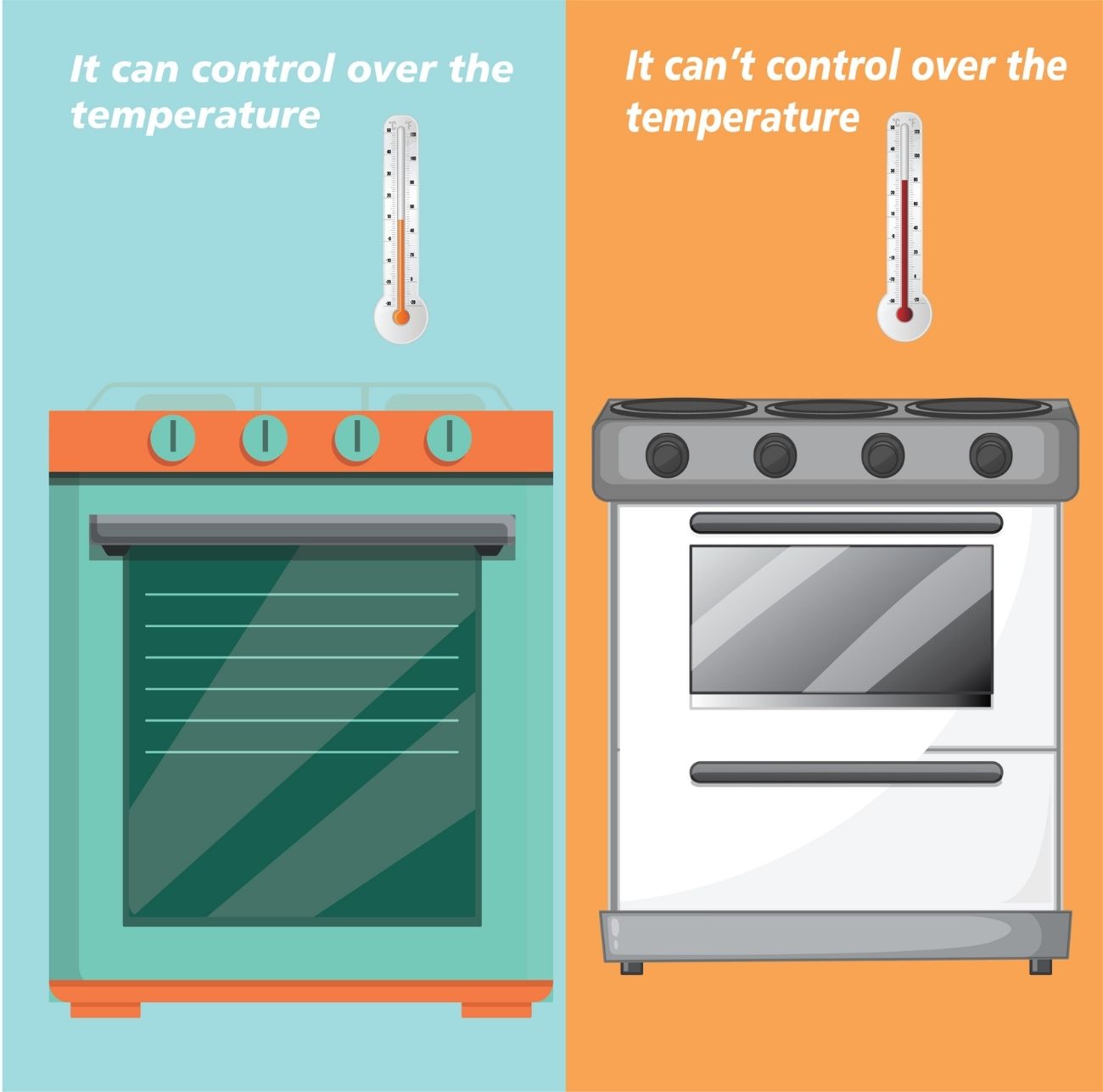 3. Gas stoves are built with a really strong metal material. With gas stoves, you don’t have to be careful if anything is going to get broken because the stovetops are usually made from strong metal grates. 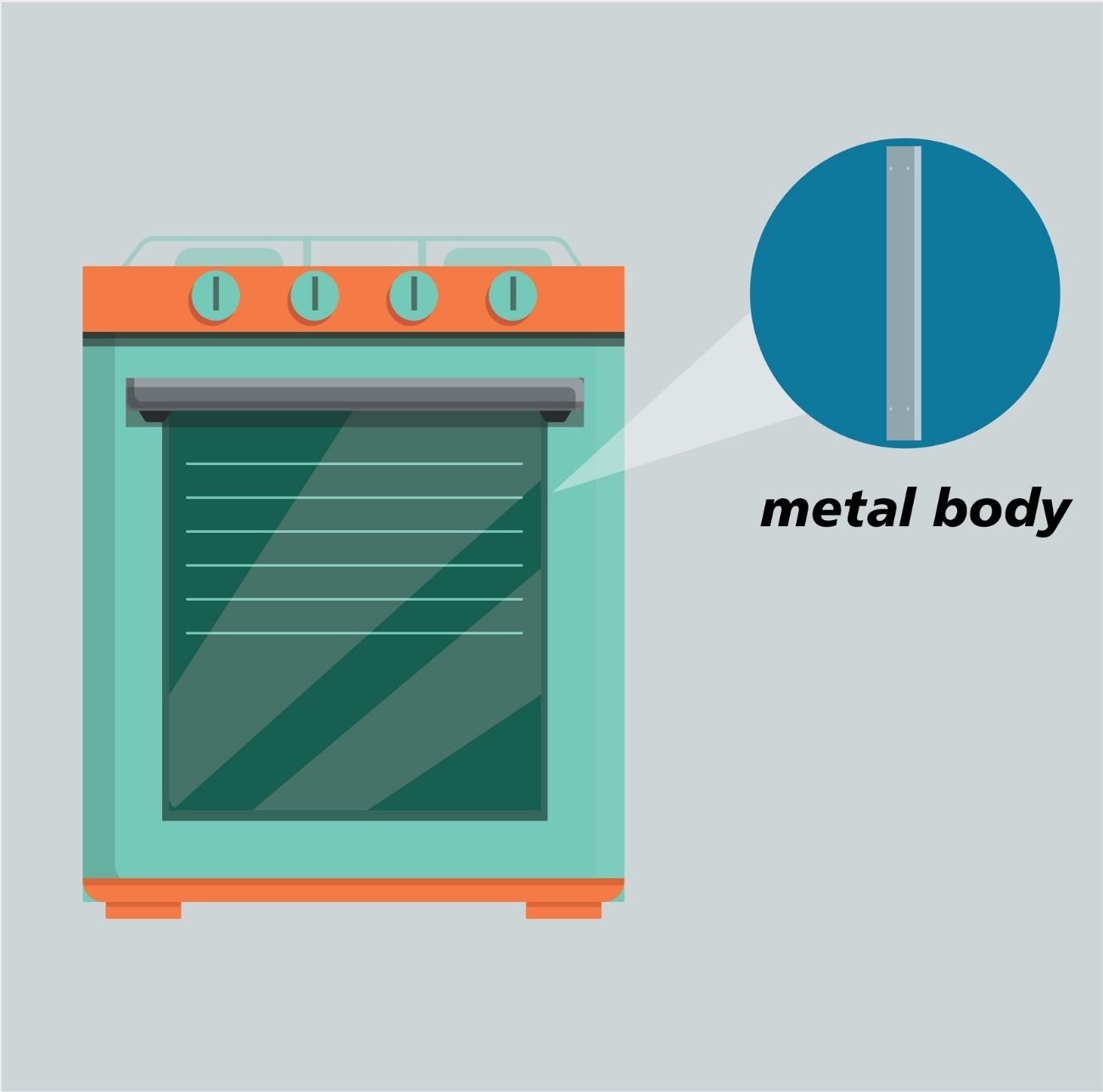 4. You can cook anytime with these gas stoves even if you are temporarily out of power. As long as you have a portable gas cylinder or an alternative gas supply, you’re always set to cook anything you want anytime. This is why most people prefer them to electric stoves. You can survive even if you live in an area with frequent power outages. 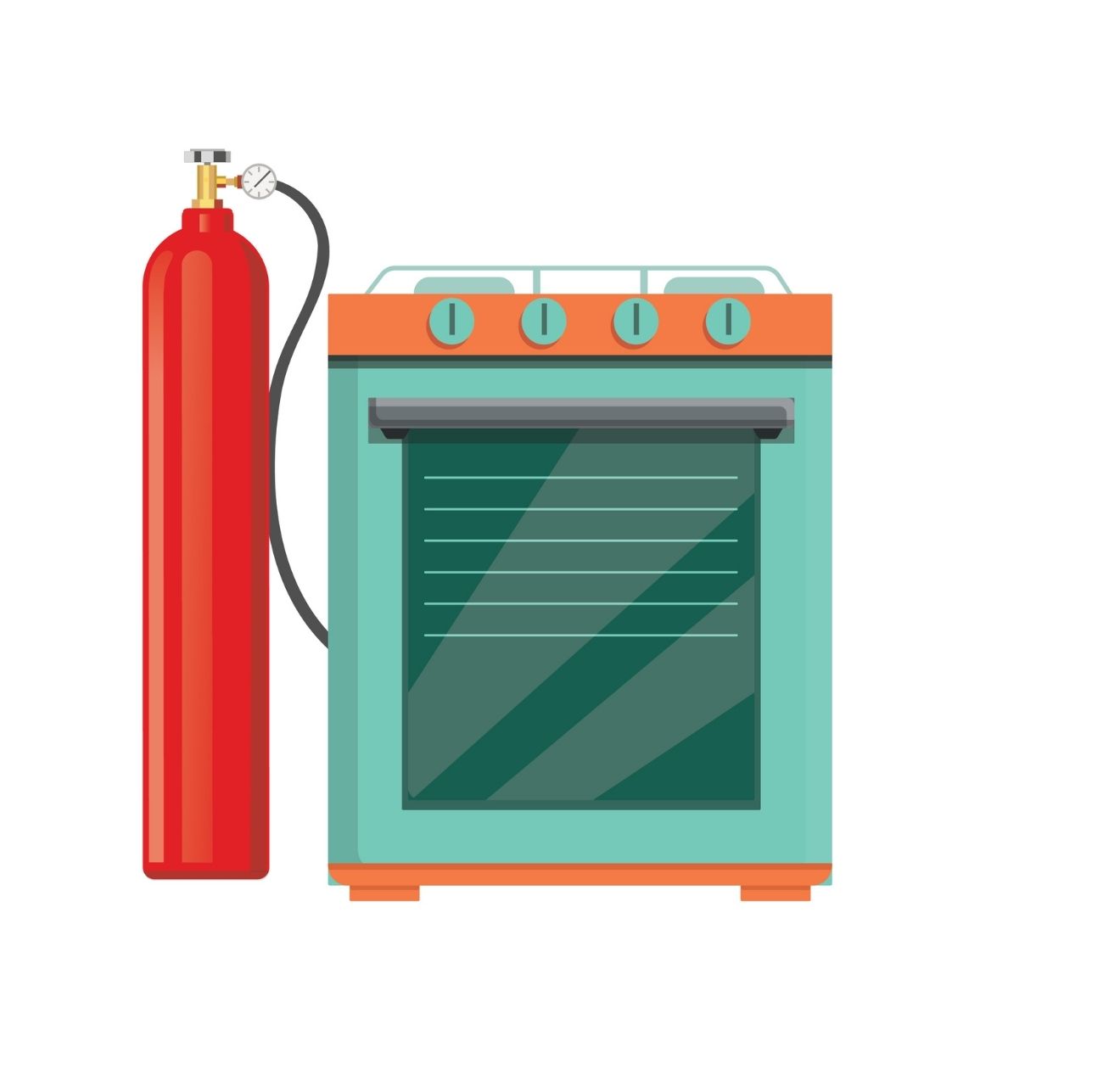 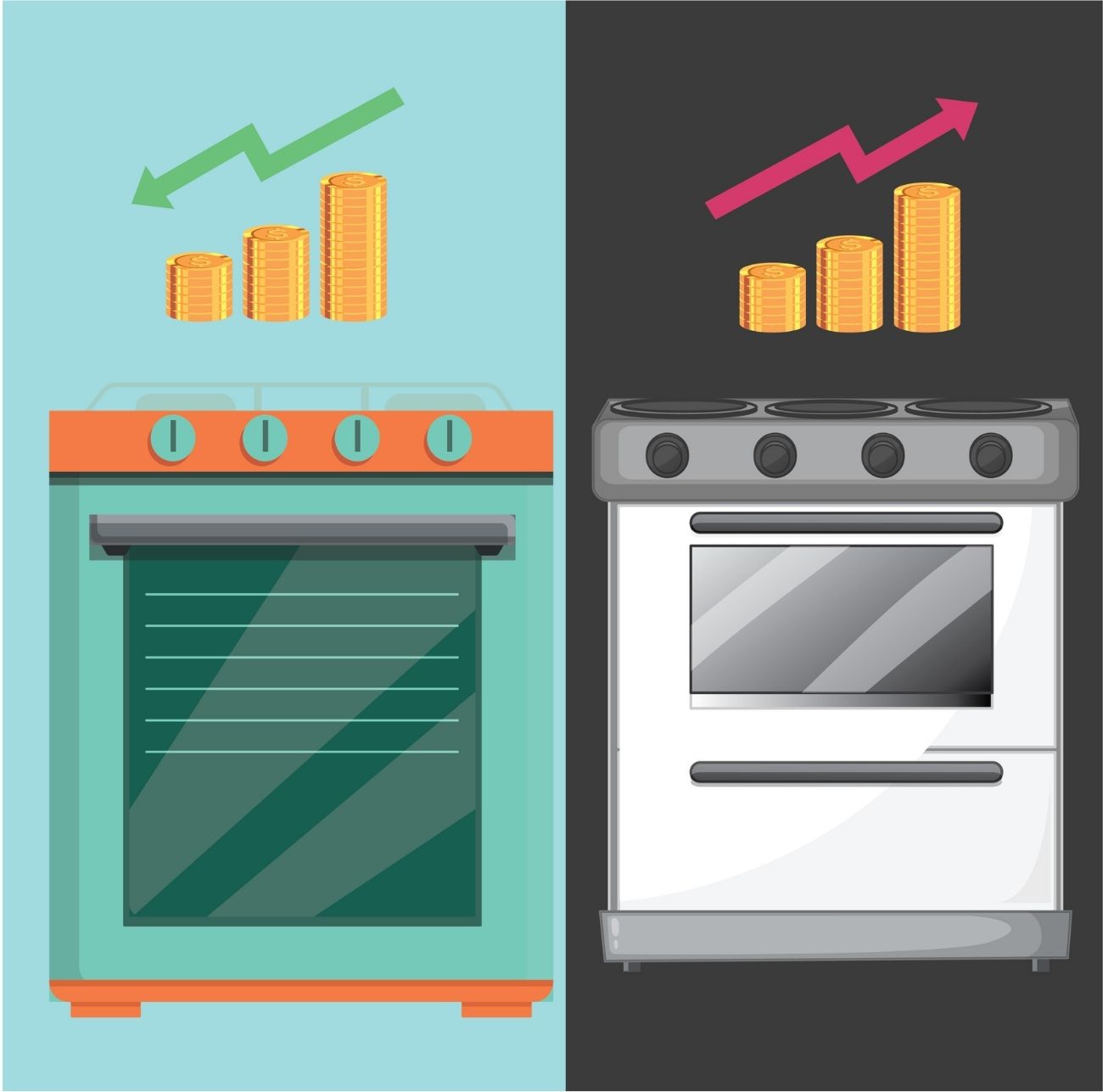 2. Gas stoves are not the easiest stoves to clean and this might also be a turn-off for most people. However, what these stoves don’t have in terms of cleanability on the stovetop, they make up for in their ovens. Their ovens often come with a self-cleaning function and would only require little effort from you. When you compare them to electric stoves which have a very smooth glass or ceramic smooth top, you’ll realize that they are not so easy to clean. 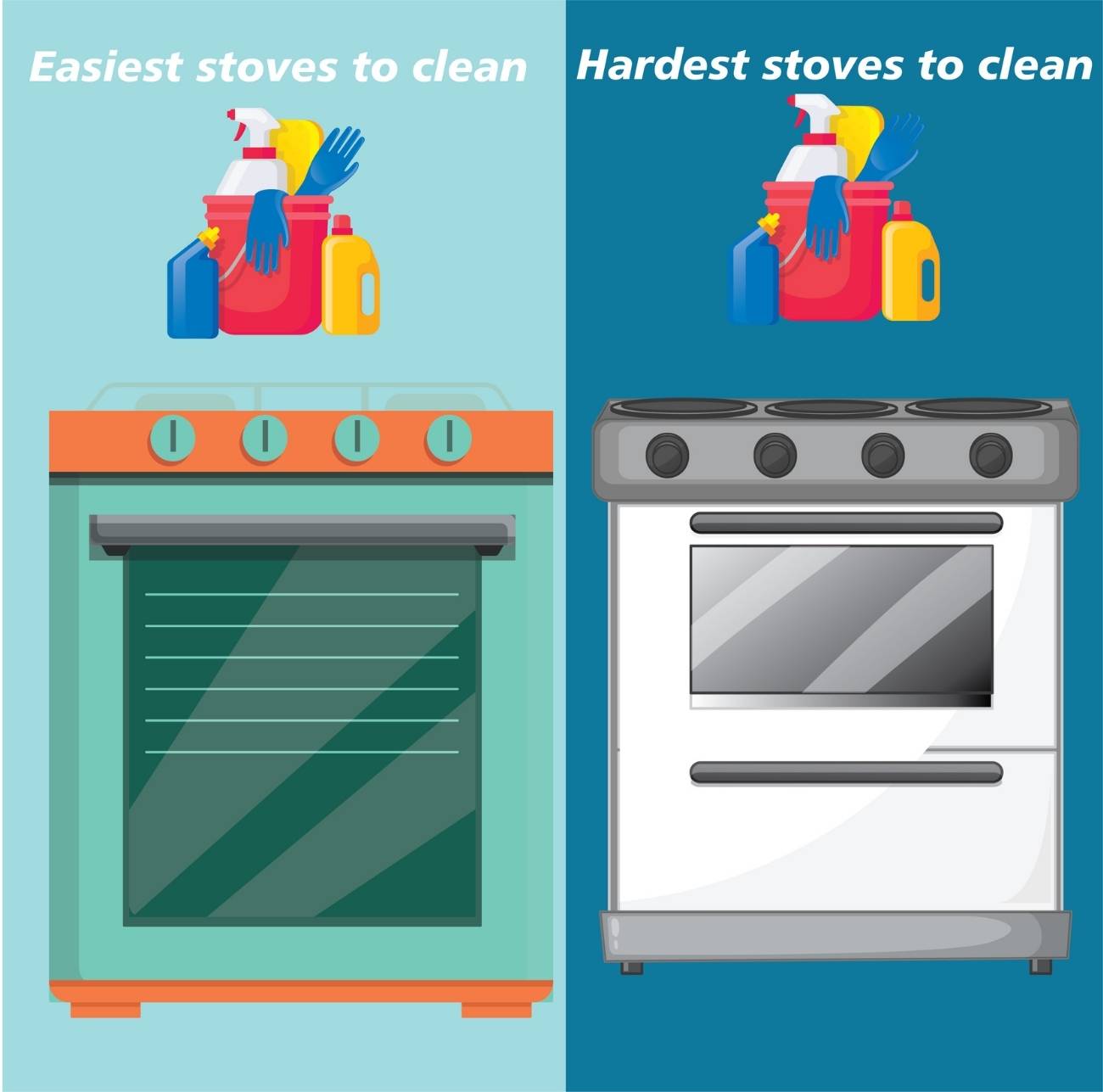 3. The most dangerous thing that could happen when you have a gas stove in your house is the leakage of poisonous substances or flammable fumes. Despite the safety features that have been put in place to avoid these dangerous happenings, if a gas stove is not properly installed or put in a well-ventilated area, it might result in the release of carbon monoxide into the environment which is not so healthy to inhale. To prevent this from happening, you need to have experts check your gas stove frequently so if there are any leaking fumes, they can detect them soon enough before they cause you any harm whatsoever. 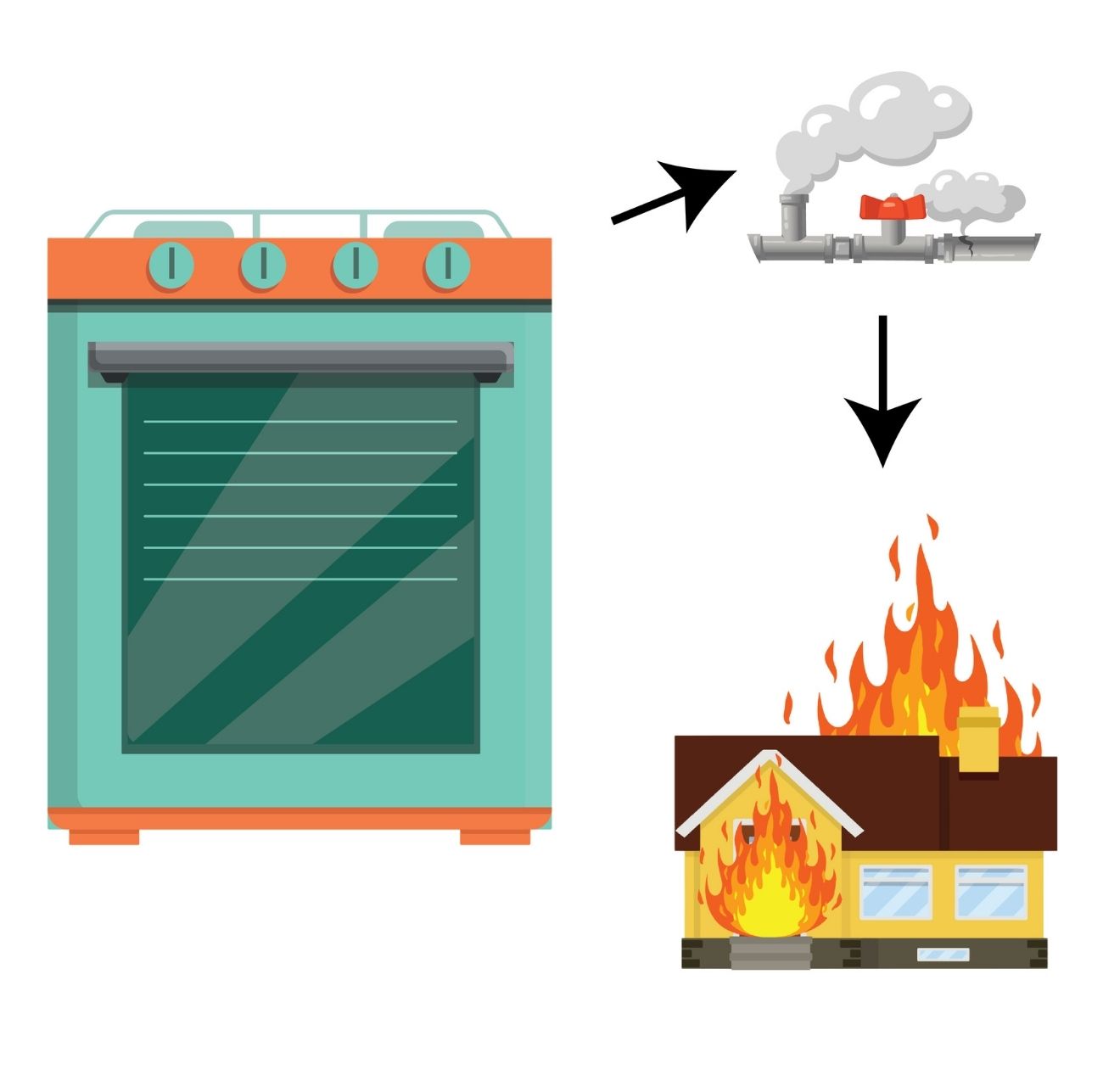 Cooking stoves usually use methane, also known as natural gas, or LPG (liquified petroleum gas) which is either propane or butane. The most used type remains natural gas (methane) as it is the most accessible of all the gas types. It is delivered through pipelines which makes the initial cost of using a gas stove more expensive, especially if you don’t already have the gas pipelines fixed as they should be.

LPG, on the other hand, is delivered in gas cylinders which you can place in a safe spot somewhere in your house. What makes propane transportable in different take sizes is that it is stored as a liquid at room temperature. However, unlike the mass distribution of natural gas which requires lots of technicalities, propane distribution is easier as it can be distributed in gas cylinders and tanks. Only industrial sites require pipelines for distribution.

Both gas types are safe for domestic uses but according to Livestrong, you need to get your stove checked for fumes leakage regularly to avoid CO poisoning. 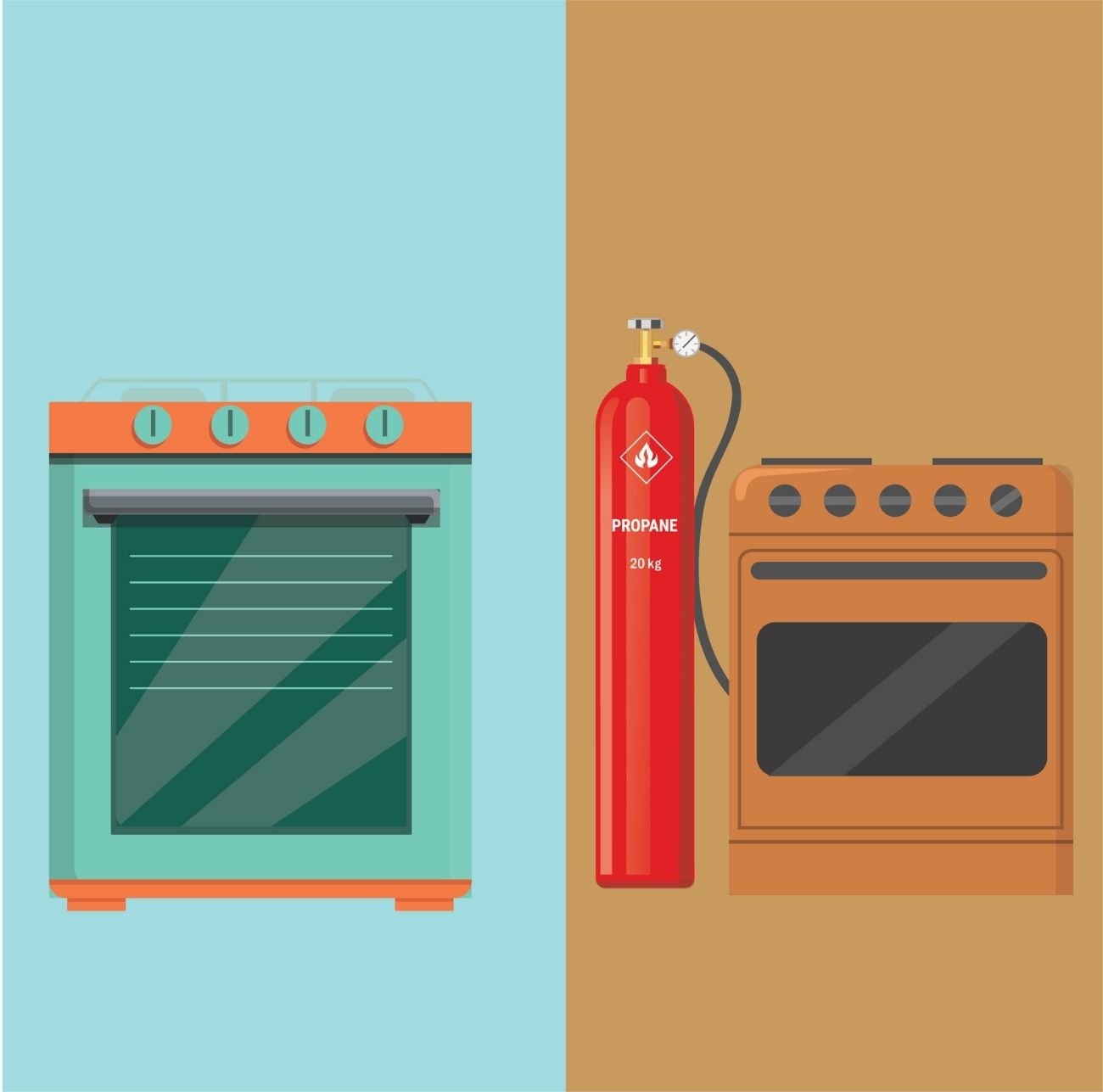 1. Can a gas stove use propane?

Both stoves might operate the same way but it’d be wrong to think that a natural gas stove might run on propane or vice versa. Both fuel types are different and trying one fuel type on a stove that’s designed to operate on another fuel type will only result in large flames which might result in a fire outbreak if not properly looked into. However, it is not impossible to convert from one stove type to another. Most gas stoves now come with LP conversion kits so you can easily convert from the gas stoves that they already are to propane stoves safely and without stress.

According to an article published by Crownverity, natural gas doesn’t burn as fast as propane which is why grilling enthusiasts and lovers prefer to use a propane stove instead of a natural gas stove.

3. What is an LP conversion kit for a gas range?

LP conversion kit is a kit designed to help convert a gas range to a propane-compatible range. It often comes with gas ranges that can be converted to propane stoves. A conversion kit meant for a natural gas range will come with the label ‘NAT’ which indicates natural gas. Please, note that if any of these ranges can be converted to work with a different gas style, it would be indicated in the manual, and would even come with a conversion kit. So, for your safety, do not try to connect a natural gas range to a propane gas as it doesn’t always bring about a good result.

4. Is there a difference between a gas stove and a propane stove?

Yes, there is. Their respective functionalities might make them seem like they’re almost the same but the clearest difference is that they operate on different gas types from different sources.

There might be some similarities in how both natural gas stoves and propane stoves operate but we’ve been able to talk about both stove types at length. Before writing this article, we received lots of questions about what gas is used in a stove which resulted in the making of this article. Knowing how both types of gas work will play a huge role in making sure safety is guaranteed, even if not in its entirety. Both gas types are capable of causing air pollution if not handled properly. For this reason, you need to let professional technicians check them out for leakages to avoid damages both to your home and the environment at large. 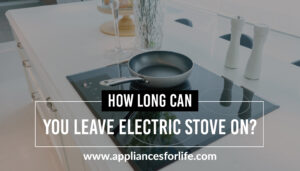 How Long Can You Leave an Electric Stove On? 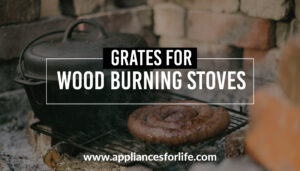 Grates for wood-burning stoves and Fireplaces.

It is possible to completely forget the necessity of Woodstove grates steel fireplace grates during summer, but as soon as winter arrives, the need to keep the home in constant warmth all resurfaces. Very instrumental to the working of any fireplace or some woodstove is 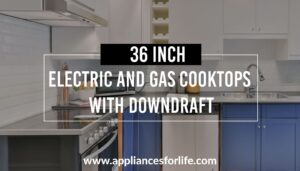 The kitchen is a great place to be if you have the necessary appliances to help you get through every minute you spend in there. In this article, we’ll be looking at some of the best 36-inch electric and gas cooktops with downdrafts you can 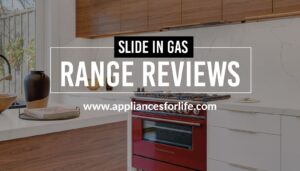 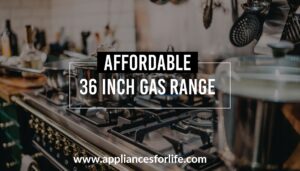 The best gas ranges come at a cost, but on a market filled with so many options, getting your hands on affordable options might not be all that easy. In this article, we’re going to be looking at some of the most affordable 36-inch gas 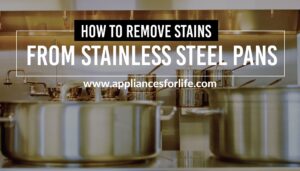 How to Remove Heat Stains From Stainless Steel Cooktop 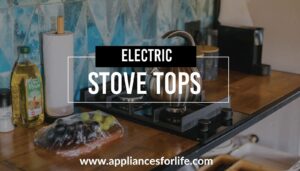 All You Need To Know About The Best Electric Stove Tops

There is a huge difference between cooking on a gas cooktop and an electric stove top. Many people choose to have electric stove tops because they are safer and cleaner to use and many homes don’t have the option to install a gas line in. 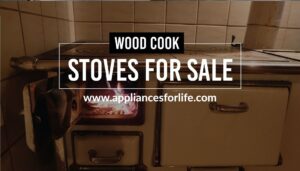 The Question Which wood cook stoves for sale are right for me? While some consumers may want the traditional gas range or the more modern electric cooking range, others want the nostalgic, familiar feel of a wooden cooking stove. Especially in the more rural parts 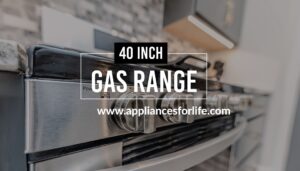 Help me find a new range! Are you considering purchasing a new 40-inch gas range for your home? Finding a great gas range doesn’t have to be a difficult process as long as you’re willing to do some work beforehand! Big appliance brand companies are 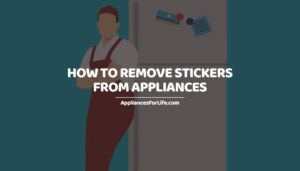